On the east and west edge of the gyres are boundary currents. The California, Humboldt (Peru) and Canary currents are examples of eastern boundary currents, which are characterised as shallow, broader and slower flowing. Western boundary currents such as the north-flowing Gulf Stream and Kuroshio (Japan), the south-flowing East Australian Current and Agulhas (South Africa) are characterised as faster flowing, deeper and narrower. Information on the rate and direction of ocean currents via the Global RTOFS (Real-Time Ocean Forecast System) model is easily accessed through navigation software programs that download data in GRIB format. Once you have obtained the current data the race strategy decision-making begins. In a Sydney Hobart Race, for example, if you are in a 100-footer then current as a percentage of boat speed is negligible; so sailing 12-15 miles further off course to get into current that will assist you at up to 2-3 knots may not be beneficial in the overall strategy of the race. Another important consideration is the effect on the sea state of wind against current. The East Australian Current has broken many boats when warm waters in a 2-3 knots south-flowing current meet cold, south-westerly winds as cold fronts travel up along the New South Wales coast, generating short, steep seas that can snap masts and delaminate hulls. 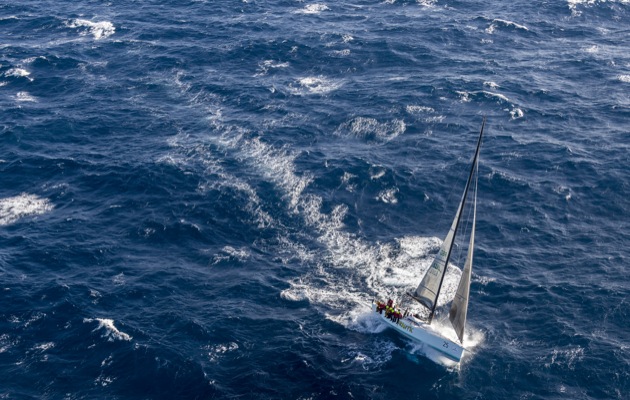 For smaller boats in the Rolex Sydney-Hobart Race there can be a clear trade-off between extra mileage and sailing further to find favourable current. Once racing, it is up to the navigator to monitor the current relative to the observed conditions and forecast. When observing current on board, it is useful to know that there are differences in the way data is calculated and displayed through different instrument systems (eg B&G, Ockam) or navigation software packages (eg Expedition, Deckman, Adrena). Current/tide data is displayed as knots for rate and degrees for direction. Nick White is the software designer and owner of the tactical racing software program Expedition. He explained that Expedition calculates tide/current direction and rate from data output by the instrument system. There are pre-set current and drift calculations in Expedition, however these are for use where the instruments don’t provide it. In his experience the instrument system (eg H5000) has more precise and timely data. Mike Sugden from Navico, which manufactures the H5000 and B&G products including Deckman for Windows, explains that B&G and Deckman calculate tide and drift differently. On B&G Instruments tide is calculated from the difference between boat speed and SOG/heading and COG, whereas in Deckman the tide is calculated by comparing dead reckoning (course and boat speed) and the GPS fix position. In this case, it is really important to have calibrated boat speed, heading and leeway (if enabled). In Deckman the output can be adjusted to average over a specified number of minutes depending on the user’s preference. Leeway can be taken into account in current calculation but is not necessarily measured on a simple instrument or software package. However, when more boat speed devices come onto the market that can measure leeway accurately, there will be improvement in tide and drift calculations.

How to work out whether to take a loss to go into current? 1 Calculate the time lost sailing away from the rhumb line and compare it to the gains made once the yacht is repositioned in favourable current. You need to take into account best and worst case scenarios of wind shifts and wind speed. One way to do this is to run different routes in your navigation software using different scenarios. 2 Consider the time that will be spent in the current and its potential effects on hardware: steep seas, risk of breakages or structural failure. This may mean weighing up the potential of winning against the goal of finishing the race. 3 Make sure the information you are getting from the instruments matches what is happening in real time using observations such as comparing course/COG and boat speed/SOG yourself, looking at navigational buoys, wave disturbances for current or tide lines, and observing the colour of the water or cloud lines. 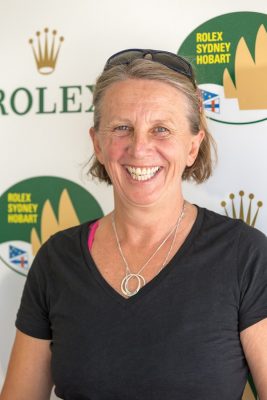 Australian navigator ADRIENNE CAHALAN has raced 26 Sydney Hobarts, winning line honours six times and overall victory twice. A pro sailor since 1988, she has sailed with Whitbread and Volvo teams, and round the world record breaker Cheyenne. She practises as a consultant maritime lawyer and climate adviser. The post Pro navigator’s tips on how to use the ocean’s currents for an offshore advantage appeared first on Yachting World. from Yachting World http://www.yachtingworld.com/expert-sailing-techniques/pro-navigators-tips-on-how-to-use-the-oceans-currents-114981 via IFTTT